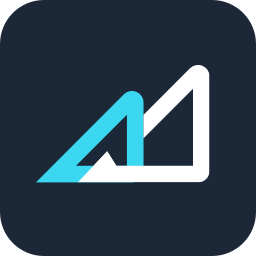 Note: This is the transcription of the AMA hosted on BitMax.io’s official Twitter at 10:00 a.m. EDT on April 3. Please note that the transcript is edited for comprehensibility and coherency.

Q1: How do you choose the coin to support staking on BitMax.io? What’s the advantage when we are staking with BitMax?

George: (1) The maturity of the network; (2) Network stake ratio and market capitalization of the project — both are critical for security of a proof-of-stake network; (3) The size of community etc.

In terms of the benefits for staking with BitMax, you can expect: (1) Immediate access to Staked Assets. You can then unstake to trade or transfer without any delay; (2) BitMax users can use staked assets as collateral — a user can trade in his margin account while earning rewards at the same time; (3) Automated reinvestment of rewards to compound returns.

Q2: What are the requirements for a user to receive staking rewards? For example, do I need to worry about the minimum staking amount, the length of time? And are there other technical setups required for one to get started?

George: Every project has a minimum amount required for staking: for Cosmos it’s 1 atom, while for Tezos it’s 2 xtz. Users need to have the minimum amount to start delegation. There are no other requirements, BitMax.io takes care of all technical aspects of staking.

Q3: How is the block reward system different from the normal staking model?

George: While some other exchanges like Binance distribute rewards on a monthly basis, BitMax.io distributes rewards on a daily basis, or every 3 days (for Tezos). And we offer an innovative Compound Mode for users to automatically redelegate the rewards to maximize the yield.

Q4: Where does the idea come from? Any model from traditional finance?

George: We got the idea from talking to many different users who love staking, but the biggest pain they have whenever they choose to stake their assets is the lack of liquidity. We are offering a product that balances the tradeoff.

Q5: Will users be able to participate in staking and trade at the same time?

George: Yes, that is one of the key differentiators of BitMax Staking. If users stake with BitMax, they will be able to use staked assets as collateral for margin, for example, users can borrow USDT/BTC/ETH or other assets, including the underlying assets they’re currently staking, to trade.

Q6: How do you offer staking and trading at the same time? Doesn’t this disrupt the staking algorithm?

George: We allow staked assets to be used as collateral for margin, meaning that when you stake with us, you can borrow USDT/BTC/ETH or other assets, including the underlying assets you’re currently staking, to trade. It does not disrupt the staking algorithm because the underlying assets are still being staked and is safeguarding the network.

Q7: Do you think solutions like soft staking is efficient? If not, what are the issues?

George: Soft staking does solve the liquidity pain point of staking to some extent, however:

Q8: What is the main difference between BitMax.io’s staking and a soft staking solution?

George: While BitMax staking is partially similar to soft staking given the ability to opt out without delay as well, there are still couple of differences, include:

Though soft staking also allows you to trade anytime, you most likely to lose some of your rewards because exchanges distribute rewards based on snapshot of your holdings. At BitMax, you enjoy the benefit to hedge your exposure freely as well, without losing any batch of rewards since you don’t necessarily need to unstake or sell your staked asset to do so.

This is typical in the case of Tezos, which distributes rewards over 12 cycle delay (~36 days). While other exchanges are requiring users to at least hold over such period to start receiving rewards or only distributes rewards on a monthly basis, BitMax.io are facilitating early distribution of rewards starting from the 4th day of delegation, as we believe time value of money and the power of compounding.

Given the nature of our cross-asset collateral mechanism for margin and the ability to use staked asset to participate in trading, users are able to create tons of new strategies and possibilities besides hedging against exposure. Users can borrow USDT/BTC/ETH or any other assets we’ve supported for margin to trade.

Q9: Who’s the big brain behind it?

George: Most of the credit goes to our BD team, Bonna and Shane Molidor.

Q10: BitMax will create a new token that represents my amount of staking, and in the meantime users are able to trade that token on the platform. However, at the time of unstaking, do I need to have the same amount of token in my account to unstake?

George: We’re not offering the trading of staked assets, rather, we allow staked assets to be used as collateral for margin, meaning your staked asset will still be there generating yields even if you are trading. Later, whenever you decide to unstake your assets, you’ll need to make sure enough staked assets are available in your account.

Q11: Investors can either make investment activity in the secondary market or join the BitMax staking program. Could you please explain how it works?

George: Yes, they can do both. For example, if users stake 1000 atoms with us, they will earn staking rewards on a daily basis. At the same time, users can also borrow USDT/BTC/ETH and other assets, including atom to trade on the secondary market, either to hedge their staked atom exposure, or to capture more aggressive profits. In short, through staking with BitMax, users can utilize their capital much more efficiently.

Q12: How are your volatility cards? Compared to staking, which one makes you more proud?

George: Both I would say. Both are innovative products that other exchanges are not offering. BitMax team is proud of our products. We are committed to offering the best to our users.

Q13: What kind of measures will be implemented to secure the chain with staking and its security liabilities?

George: I believe all the information will be traceable on the project’s chain. We don’t have our own chain.

Q14:Do you plan to make any bonuses for BTMX token holders in the future?

George: We offer to share 80% of our commissions from cash trading and margin trading. We will also use 20% of commissions from futures trading to buy back BTMX. Please stay tuned for any bonuses for BTMX token holders to participate in our staking product.

Q15: Will there be any fees charged?

George: We do charge a fee for staking with BitMax, the fee ranges from 10%-15% of staking rewards to cover the costs of running & maintaining validator nodes on the blockchain, which is a pretty standard figure among all staking service providers in the industry.

BitMax.io will be conducting a system upgrade to implement the new isolated margin mode for perpetual futures contract from 11:00 a.m. EST on Feb 27 to 3:00 a.m. EST on Feb 28. During the maintenance window, the website will be temporarily unavailable and all open orders will be canceled.